The origins of the name 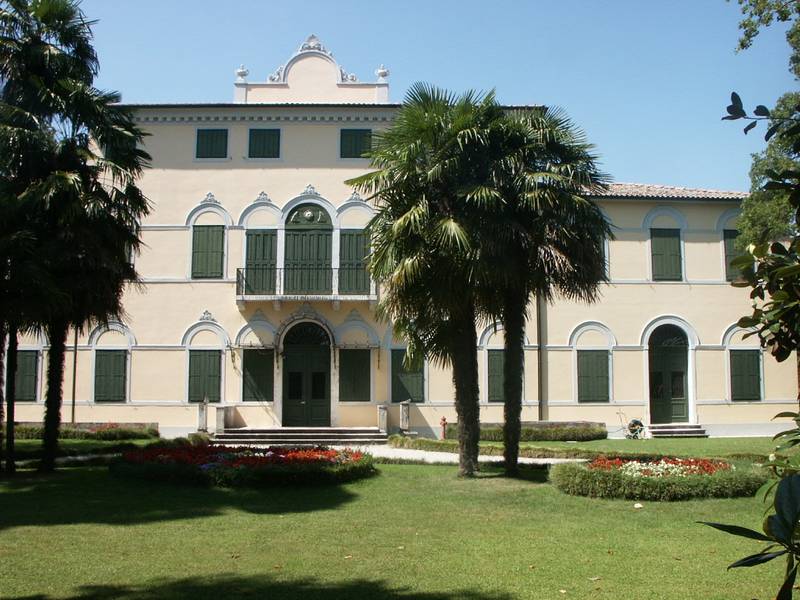 The origins of the name

The name Villa Varda stems from the toponym “warda”, which has Germanic roots and dates back to the Middle Ages. Related to English words such as “guard” and “ward”, it tended to be translated in Italian as “Guarda” or “Guardia” and a number of meanings are associated with it, including:

Any of these meanings would be feasible given the site’s exceptional location near the Livenza River. Bearing in mind the strategic role that this part of the world had in previous centuries, it is considered very likely that at one time a construction of some kind (probably of a military nature) stood here and guarded the settlement, the roads or the nearby river.

In the second half of the 15th century, the noble Mazzoleni family bought the agricultural estates around the village of Guarda (or Varda) from the Counts and Princes of Collalto and the Counts of Porcia. They built a manor there and it was at that time that the name “Villa Varda” first came into use. Although the owners were also often mentioned when referring to the building in the early days, it was the name of the village that prevailed and by the 18th century it had become known to all as “Villa Varda”, with no allusion to the proprietors whatsoever. 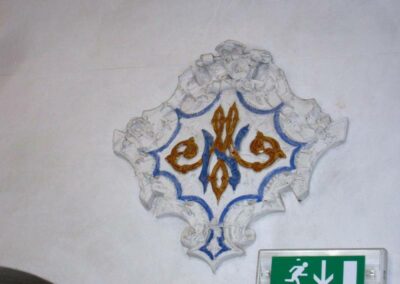 The monogram of the Morpurgo Nilma family 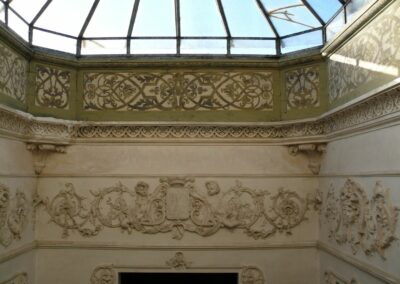 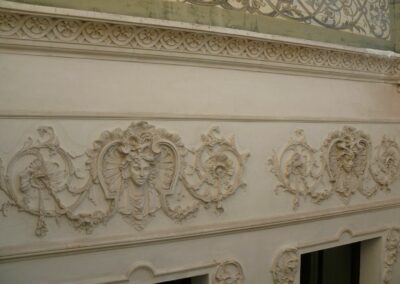 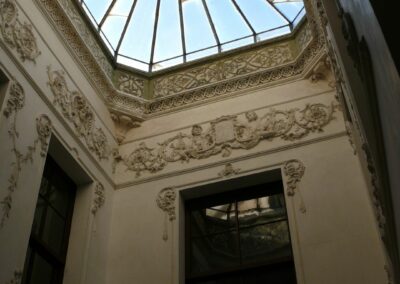 The staircase in the villa